It was during his student days at Berkeley that he discovered the wine country of Sonoma and Napa. The bucolic countryside, and the sights and smells of the wine cellars attracted Rick. After graduating with a degree in Sociology, Rick briefly considered going to Law school but his curiosity about fine wine and a desire to live in the country won out. He got lucky and was hired as a rookie cellarman at one of his favorite wineries, the historic Buena Vista Winery in Sonoma. 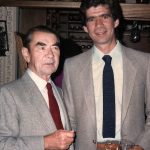 It was here at Buena Vista that he met the famed winemaker, Andre Tchelistcheff, who was the consultant there. Andre saw the enthusiasm and motivation Rick had and took an interest in helping his career. Andre told Rick about the new Firestone winery he was consulting for in Santa Barbara County. Andre was very excited about the potential of this new wine region. Having spent part of his teen years in the area, Rick was intrigued about moving back and still staying in the wine business. After Andre told him that the Firestone winery was looking for a cellar foreman, Rick interviewed, received the job and moved to Los Olivos in May 1976.

My Apprenticeship with Andre Tchelistcheff

Andre Tchelistcheff, the legendary winemaker at Beaulieu Vineyards in Napa Valley, is considered to be the Father of modern California winemaking. Arriving in 1937 from France to become the winemaker for Beaulieu Vineyards in Napa Valley, Andre transformed the way wine was made in California. I had the good fortune to meet and work with Andre Tchelistcheff at my very first job at the Buena Vista Winery in Sonoma in 1974. We remained close friends throughout my career and he would often visit me during his stay in the Valley.

Rick met his wife Diana at Firestone and they were married in 1977. Soon after he decided to seek a more responsible position in Northern California, and took the job of Cellarmaster at Chappellet Vineyards in the Napa Valley in 1978. Though Rick enjoyed his time at Chappellet, the contrast in styles between Napa Valley and Santa Ynez Valley made Rick realize that he felt more at home in the less hectic, more down to earth Santa Ynez Valley. Rick found out about a position at a new small winery, J. Carey Cellars, was hired on the spot as the winemaker and moved back to the Valley in May 1979.

In 1985, Rick became the winemaker for The Gainey Vineyard, a new state of the art winery located on the 3,600 acre Gainey Ranch. Over the next twelve years Rick enjoyed much success in producing some of the best wines in the area and thereby establishing Gainey as one of the region’s top wineries.

In 1997 Rick and Diana felt like it was time to devote their full energies to their small wine business, and both left their jobs to build their business into what it is today. 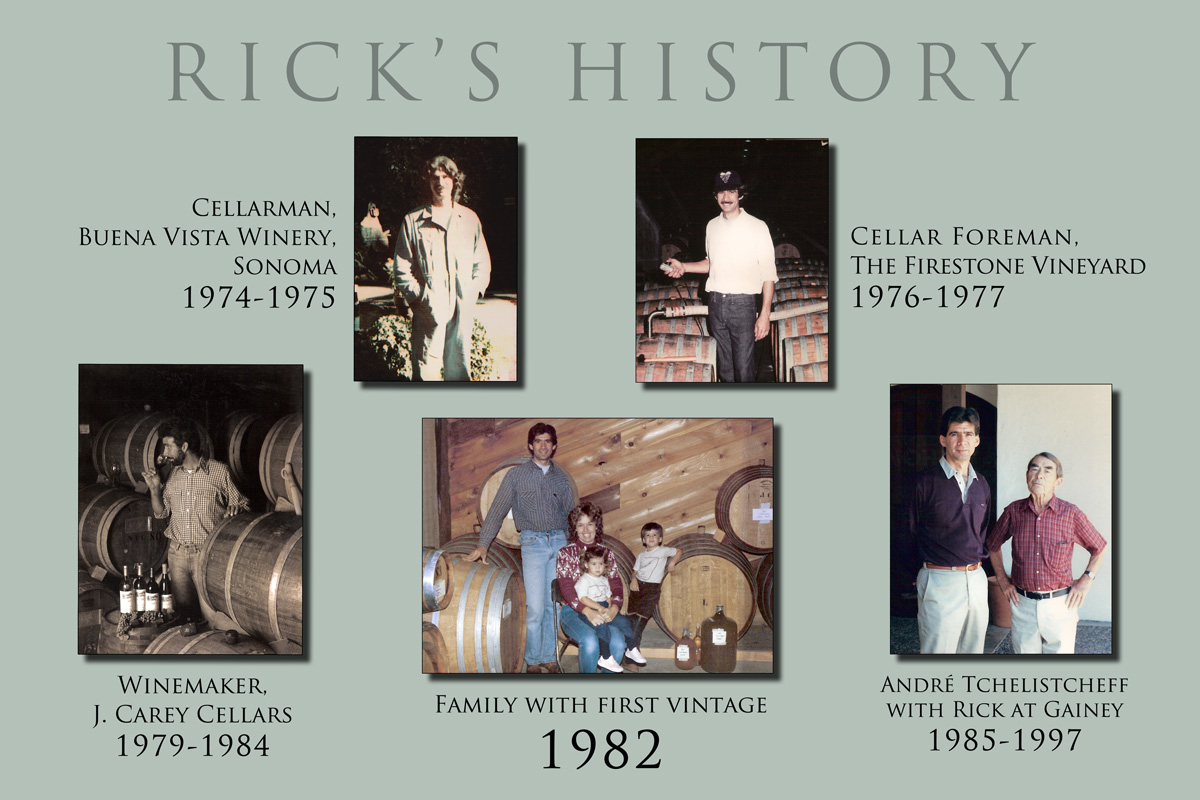